Introducing our artivist in residence 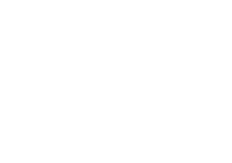 Artivism:
Where activism and art collide to create social impact

Savon Bartley is our artivist in residence and an exhilarating playwright, performer and storyteller who uses writing and spoken word poetry to creatively document the human experience. His work has been featured in publications such as The New York Times, Afropunk, and Broadway World and he has been featured on stages ranging from The Apollo Theater to The United Nations General Assembly.

As a storyteller, Savon stresses the urgency for people to see themselves as subjects rather than objects in the world and has a remarkable talent for unlocking the power of lived experience, personal history, culture and education in his writing, teaching, music and storytelling workshops. Savon works with students, non profits, community organizations, NGO’s, and corporate institutions all over the world including Yale University, HBO, Birmingham University, MTV UK as well as well as high level UN events such as the World Youth Report, The Young Women and Girls Conference, and the Unite for Sight Global Health Conference.

With over a decade of experience his work as an artist has allowed him to tour the world telling stories that tackle social justice, climate change, drug reform, and activism through theater, film, television, poetry and music along side collaborators such as The Black Panthers, Russell Simmons, United Nations, and the We Are Floyd Foundation.

It’s time to get grounded