How Can Recommerce Save Christmas 2022?

The economy is ready for recommerce

When Christmas was effectively cancelled by Covid-19 restrictions last year, many of us pinned our hopes on the optimistic notion that Christmas 2021 would be better. However, the global supply chain was still struggling to keep up with the pandemic consumer demand and this is threatening to derail not just Christmas 2022 but the entire global economy as we know it.

The issues we are currently experiencing are not just due to the on-going pandemic-related restrictions in manufacturing countries such as Vietnam. Energy shortages have led to fuel supply issues in the UK and, in northern China, power rationing is forcing factory closures at a time when demand in the west is ramping up in the run up to Christmas. Add to this the worldwide shortage of essential materials and components such as computer chips and it’s easy to see why manufacturers are struggling to keep up.

But the problem does not end here. Even if the factories could make enough to satisfy rising consumer demand, transporting the goods to retailers throughout the world is now far more challenging and expensive than it was pre-pandemic. In a recent article for The Guardian, Martin Farrer reported that the average cost of sending a shipping container is up 291% and, on the busiest routes, such as that between China and Rotterdam, the cost has ‘risen sixfold in the last year’.

Even those businesses that are in a position to pay these prices face the problem of a shortage of HGV drivers to get their goods from port to stores and distribution hubs. This problem exists in the US and in many European countries, but is particularly acute in the UK, where ending free movement for EU citizens after Brexit has exacerbated a shortage of labour in the hospitality, agriculture, healthcare and haulage sectors.

The combined effect of supply issues and increased consumer demand is likely to be inflation and financial institutions on both sides of the Atlantic are warning that the cost of borrowing will go up in both the UK and the US next year. With this on the horizon, both governments and business leaders worldwide are endeavouring to shorten their supply chains and limit reliance on imports.

“79% of consumers are changing purchase preferences based on brands’ social responsibility, inclusiveness, or environmental impact”

The planet is ready for recommerce

Even if the global economy wasn’t struggling, the environmental impact of our current consumer habits should be enough to stop us in our tracks:

This is just a snapshot of the damaging effects that 21st Century consumerism is having on the natural world. It is clear that our current habits are unsustainable, largely because they are so wasteful. The exciting thing for brands and businesses at the forefront of re-imagining our relationship with consumer goods is that being green isn’t about making costly sacrifices. Stella McCartney articulated this perfectly in a 2019 interview for Vogue:

“There’s $500 billion worth of waste in the fashion industry every year, and that, to me, is a business opportunity.”

One early response to this market opportunity in the fashion industry is French startup Lizee. Brands can launch, manage and industrialize at scale their best reCommerce offer, mixing rental & resale, in just a couple of weeks. Its a SAAS based re-commerce platform that offers a complete plug and play, end to end solution to businesses wanting to embrace and implement a circular business model. 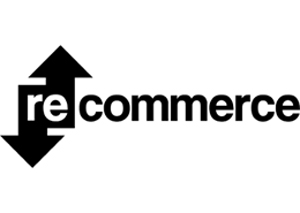 The consumer is ready for recommerce

The rise in popularity of C2C online selling platforms such as Ebay, Facebook Marketplace and Vinted is not purely a result of the pinch to many household incomes caused by repeated lockdowns. Whilst these platforms do undoubtedly offer an opportunity for sellers to make a bit of cash from unwanted items, the huge number of listings on Facebook Marketplace advertised as free illustrates that a growing number of conscious consumers using these websites to appease their eco-consciences and keep perfectly usable secondhand goods out of landfill.

While the pandemic may not be responsible for turning us all into Ebay entrepreneurs, it has encouraged a large number of people to reassess their consumer habits and endeavour to shop more sustainably. This trend is spearheaded by millennials and Gen Z-ers, most of whom are more concerned about environmental issues than their parents or grandparents and are keen to shop with brands who not only say they are sustainable but can prove it. In fact, 45% of this demographic refuse to make future purchases from brands and retailers that are not sustainable.

As more and more brands respond to consumer demand for sustainable products, the second-hand market is projected to double in the next five years and industry insiders predict that the recommerce market will grow at eleven times the rate of the regular retail market. The consumer is turning the tide on single-use items and throw away fashion and it is up to brands to decide whether they want to capture some of the market share in the reselling and recycling of their products or leave it to the consumers themselves. Flea markets, secondhand sales, thrift stores, and garage sales may be the traditional haunts of bargain hunters looking for secondhand treasures at affordable prices, but that is no longer the case.

Which brands are already embracing recommerce?

Clothing and secondhand apparel leads the way when it comes to recommerce. There are a number of reasons why the apparel resale market is so strong:

The longevity of a classic, well-made pair of jeans means that powerhouse brands such as Levis are perfectly placed to lead the way when it comes to recommerce, and this is exactly what they have done. Levis Secondhand is an in-house buy-back and resell initiative that allows the brand to take responsibility and control of the lifecycle of its products. It is a breath of fresh air for conscious shoppers, as it not only attests to the quality of Levis products, (confidently assuming you will tire of them long before they wear out) but provides reassurance that there is a ready-made market for their jeans when they no longer want them.

It’s not just Levis that are responding to the demand for sustainability and launching resale programs for secondhand products. ThredUP a resale-as-a-service company that runs the logistics of brand resale programs on their behalf is currently working with Fabletics to help customers turn lightly worn garments from any brand into Fabletics credit. The North Face have launched The Loop program, which buys back clothing from any brand and in any condition and gives it a new lease of life. Patagonia is working with Trove (who also manage the Levis secondhand initiative) to run its resale program, encouraging customers to trade in their unwanted and worn out Patagonia items in exchange for credit that can be redeemed against new or secondhand Patagonia products.

In an environment where the retail sector is struggling on so many fronts, resale platforms such as Poshmark, The RealReal and Depop are reporting real growth and new services such as Flyp are popping up in support of this booming industry, taking the hassle of listing products away from amateur sellers by paring them with a pro to do it for them.

There are very few brands that cannot incorporate recommerce, reselling and recycling into their processes at some point in order to reduce waste or extend the life of products. Apparel recommerce marketplaces are only part of the story. Many clothing companies are pursuing their consumer-driven eco-journey by using recycled materials to create new ones. 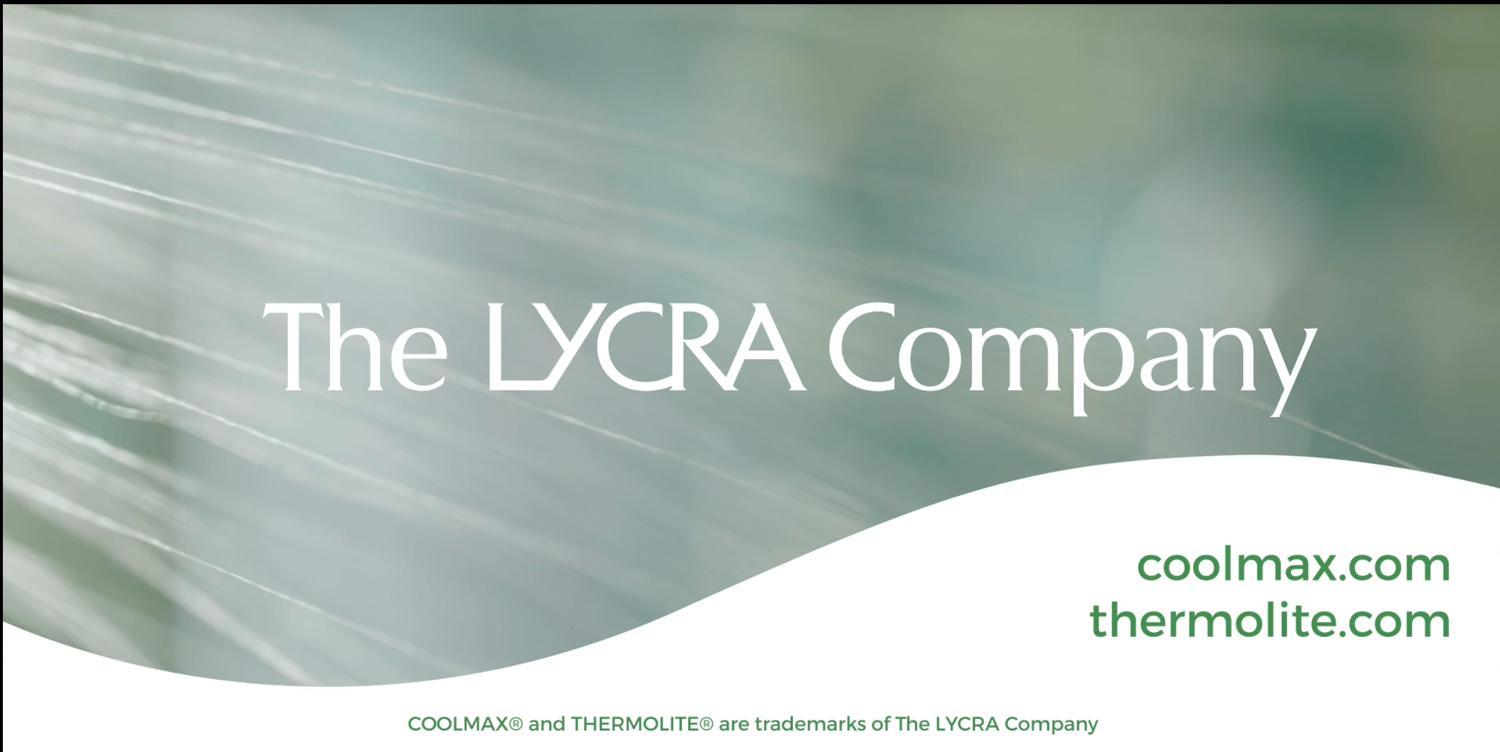 Spandex giant, Lycra, has responded to calls to make its products more eco-friendly and sustainable by recycling discarded plastic bottles to create its COOLMAX® EcoMade and THERMOLITE® ranges and thereby reducing the amount of plastic waste going to landfill. However their eco-ambitions are manifesting themselves, it seems that the boardrooms of clothing brands worldwide are full of discussion about recommerce, recycling and reselling and the ways these can be incorporated into brand strategy.

Why embrace recommerce this Christmas?

There is a real crisis point in the natural environment and world economy at the moment. Anyone who has read the Charles Dickens classic A Christmas Carol will know that the festive season and the imminent dawn of a new year is a pertinent time to own the wrong-doing of the past and make resolutions to behave differently in future. As we stand poised to repeat our consumer excesses this Christmas, ignoring the stark warnings of climate change and global supply chains stretched to breaking point, we are undeniably ready (or, arguably, overdue) for our Christmas wake up call.

It is not possible to future-proof a household, business, corporation or national economy against all eventualities, but it is certainly possible to be better prepared to weather a storm or two and using recommerce models to move towards a circular economy is a powerful way to start doing this. Both brands and consumers should use Christmas 2021 as a crucial turning point and commit to living more sustainably before it’s too late. Recommerce can be a cornerstone of this commitment for both bricks and mortar stores and online retailers, helping to reduce the amount of waste generated and giving us the opportunity to cherish the story behind the things we use.

“We need to slow down, take a little time to reconnect with our clothes and appreciate them again. Remember that whatever you are wearing, it took both physical and creative resources to make it.” Clare Press, Australian Vogue’s Sustainability Editor-at-Large

How can grounded.world help your brand join the recom revolution? 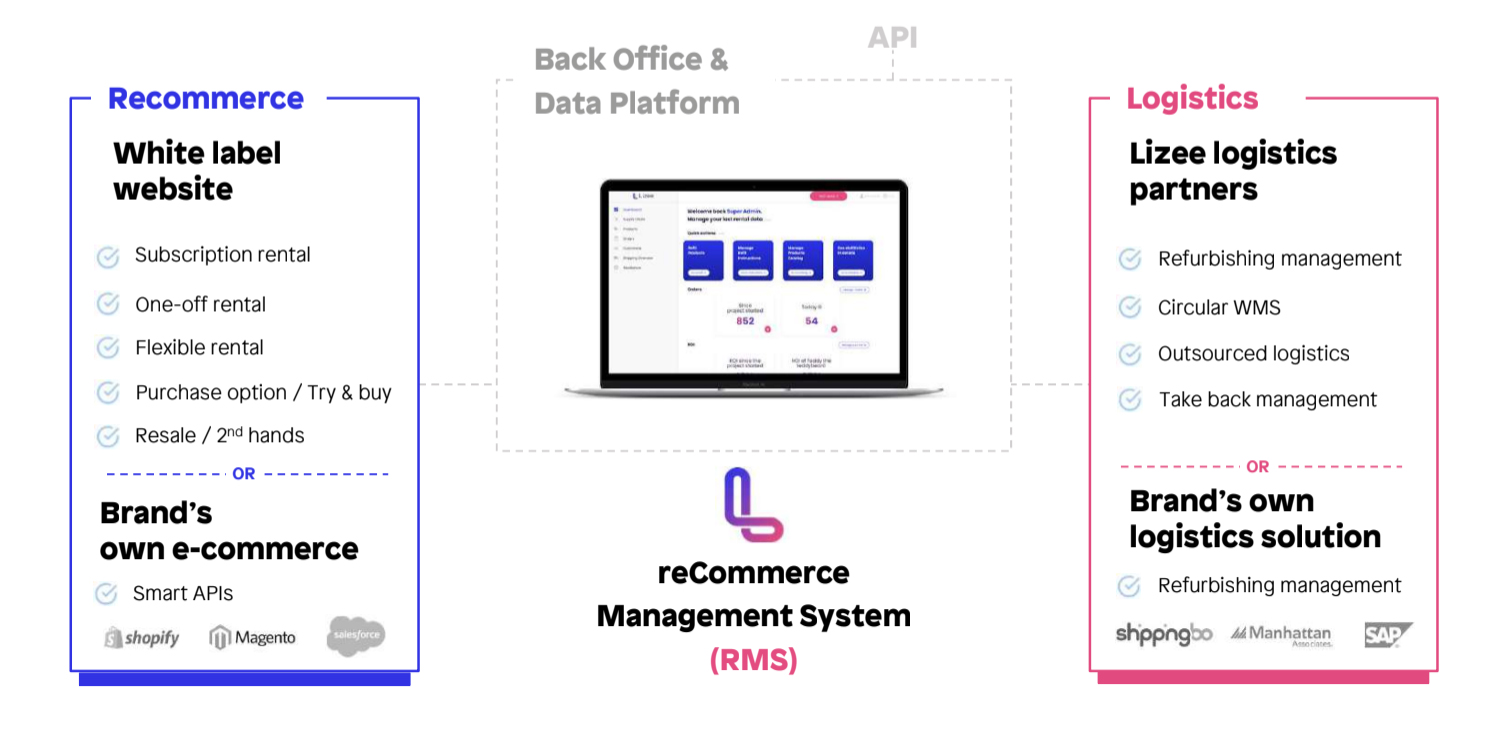