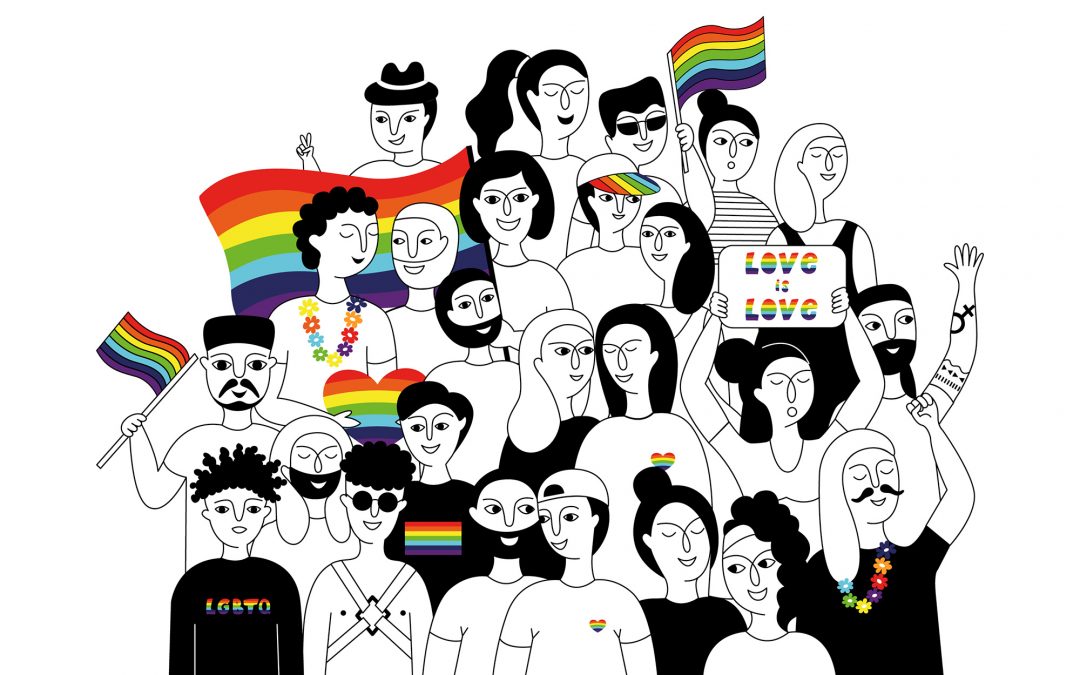 I’m all about Pride. I love the LGBTQ+ community, the bright colors, the fun that comes with supporting and participating in such a powerful celebration. In my previous role in Marketing at Mary’s Center, I led my organization in DC’s Pride events and it was my favorite task of the year. However, we didn’t just show up for the party – we marched the parade to show the community that they could count on us year round.

Behind the scenes, we had biweekly meetings strategizing and implementing system improvements to make our health care as inclusive, equitable, and comfortable as possible for the LGBTQ+ community. We were rated as a top performing health center on the Human Right Campaign’s Healthcare Equity Index, “the national LGBTQ+ benchmarking tool that evaluates healthcare facilities’ policies and practices related to the equity and inclusion of their LGBTQ+ patients, visitors and employees.” This accomplishment was a testament to all of the work put into improving services for the community. It also demonstrated how our Pride extended far beyond June, and as an ally, I am sad to see how the celebration has been commodified by many companies who use it as a platform to show their superficial support for a short 30 days.

These large corporations use their big bucks to create glitzy and spectacular, but hollow, displays of allyship. Meanwhile, their rainbow washed logos fade once the calendar turns to July and their practices do little to improve the lives of LGBTQ+ people. Many are guilty of funding politicians who blatantly attack the LGBTQ+ community with harmful legislation. It’s not hard to see past their rainbow façade.

A company worth admiring for genuinely supporting the LGBTQ+ community since its inception has been MAC cosmetics. They have proven through their many initiatives, partnerships, and charitable giving that they believe in supporting the most marginalized communities. Some of their notable partnerships include The Center in NYC, LGBT Center of Los Angeles, and Hetrick-Martin Institute, all of which support the LGBTQ+ community, especially youth. They’re also well known for their VIVA GLAM movement which has raised over $500,000,000 for organizations who support women and girls, the LGBTQ+ community, and people living with HIV/AIDS. 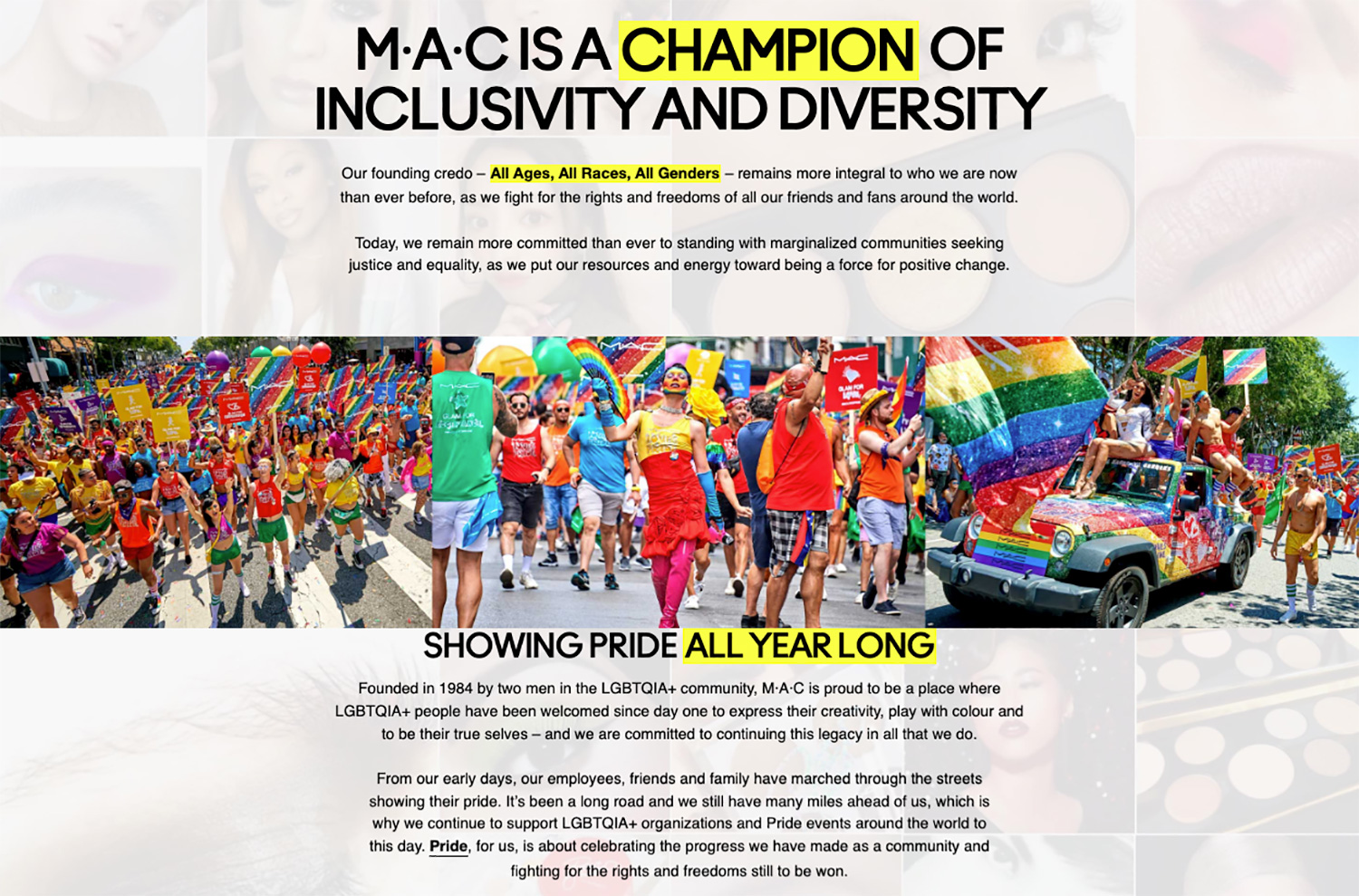 There are other great retail companies which are showing their support year round through charitable donations, creating more gender neutral products, in addition to their marketing which they’re striving to make as representative as possible. These include Abercrombie & Fitch, Savage X Fenty, TomboyX, and others.

Other companies have become more vocal about their stance on policy which affects members of the LGBTQ+ community. Most recently, 60 major US companies, which included Apple, LinkedIn, Mass Mutual, and Ben & Jerry,  joined the Human Rights Campaign by signing a letter condemning politicians for writing anti-LGBTQ legislation. I can see many rolling their eyes, asking that politics be kept out of this, but it’s important to remember that Pride started as a riot because the LGBTQ+ community was tired of being oppressed, discriminated against, and the victims of state sanctioned violence. While today’s celebration is filled with joy, sparkles, and a good time – it is still a political event. It will remain political until members of the LGBTQ+ community can live their lives openly, without fear and repercussion, with equal rights, where their country, state, and neighbors respect and accept them as they are. The Human Rights Campaign wrote a great article, The Business Case for Opposing Anti-LGBTQ+ Legislation, and I hope more companies show up to fight and have a positive, lasting impact on the community beyond June. 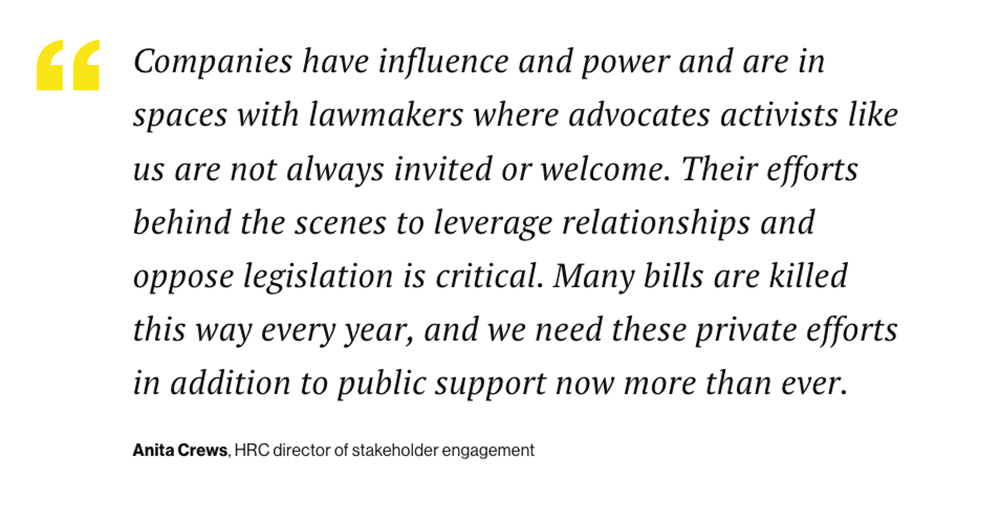 As an ally, I ask that you reflect on your everyday life and answer the following questions – are you showing up for the community throughout the year? Are you educating people in your circle when you hear microaggressions or outright hatred? Are you giving your money to companies who genuinely support the community? If you’re a business owner, are you fostering a positive and supportive environment for all of your employees and your clients? If you’re an employee, are you actively participating in making your workplace better for all colleagues?

If you’d like to learn more about how to have a substantial impact in the workplace, the Human Rights Campaign has a Corporate Equality Index which surveys a company’s policies and practices which are meant to benefit the LGBTQ+ community.  It can be used as a guide to create a more inclusive and supportive workplace for all. It truly makes a difference when we’re intentional in everything we do, the places we shop, the policies we support, follow, or protest.

Everyone wins when diversity is championed, respected, and celebrated and we all have the power to make a positive change wherever we go. I hope your rainbow shines beyond June – happy Pride.