Brand Activism: Stand for Something, Before Taking a Stand 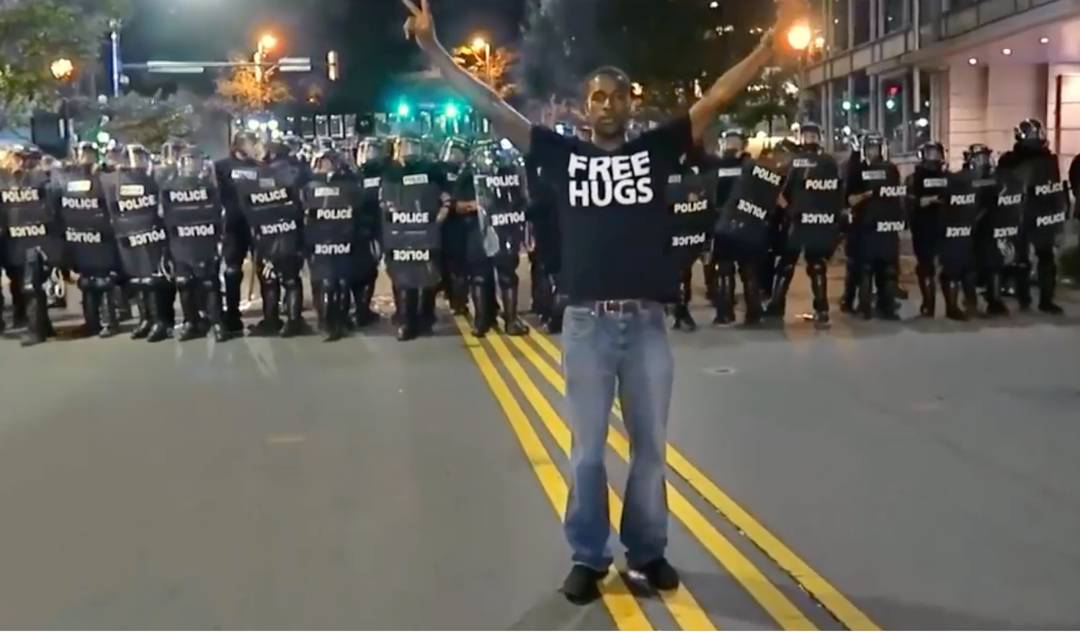 It’s been quite a year so far for brand activism. COVID-19 took hold in early March, prompting beer brands to make hand sanitizer, luxury fashion brands face masks and Dyson created a hospital ventilator in just 10 days. Then, thanks to record sales from e-comm and a spate of panic, buying and stocking up. As a result, grocery chains started giving big bonuses to their staff. They also began donating millions of dollars to support frontline workers and local communities. Oh, and Dolphins returned to Venice (but not really – it transpired).
Then on May 25th, a police officer murdered George Floyd in the middle of the street, in the middle of the day in Minneapolis for using a forged $20 note. Riots, violence and civil unrest ensued, prompting CEOs to call for a reparations commission and a ban on police unions. According to Forbes, over 28 million Instagram users participated in #BlackoutTuesday. This consisted of people posting empty black tiles in silent (and some might say, empty) solidarity. Then, some of America’s oldest household brands came under the spotlight for their slavery-era branding. 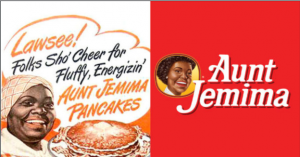 More recently, shareholders worth a collective $620 billion, pressured Nike, FedEx and PepsiCo to terminate their business relationships with the Redskins.That is unless the team agreed to change its name (which it has subsequently agreed to do). What’s more, over 200 big brand spenders have boycotted Facebook over its handling of hate speech and misinformation which has risen into the #stophateforprofit campaign. Here’s the list.

What is “Real” Brand Activism? 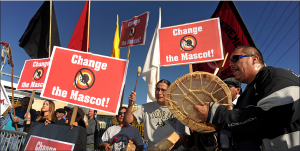 Some have dismissed these temporary withdrawals from Facebook as little more than a PR stunt. Others have suggested that the movement is unlikely to have the desired material impact on Facebook’s bottom line. This is because the majority of its revenues derive from small-to-medium businesses.) Regardless, we’re living in unprecedented times.

“The change coming will be as radical as the 60s. People will demand action: Change now or we burn the place down” (Research Respondent)

As Dr. Arlo Brady, CEO of Freuds, (who conducted the research quoted above ) comments; “The recent rise of backyard activism is vital and it can often act as a ‘gateway drug’ for action on the Global Goals. Gen Z gets hooked on impact, much like a gondola-end BOGO deal in the supermarket that you spy from the street, it pulls you in”.

Consider this: Activism isn’t really meant to be this impulsive, reactionary or convenient  — unless it’s driven by fear. Fear of saying the wrong thing, not being seen to do the right thing, being too white, being too male or being considered not black enough.  There’s a big difference between an existential fear of standing by and not doing anything to change the status quo. And then the fear of doing something – anything – just in case you get found out.

Why a History of Brand Activism Matters

Take Ben & Jerry’s. The brand has been praised where so many others have been criticized because the company and its leaders have been doing the hard work of racial justice advocacy for decades. It has long funded and built relationships with movement leaders. This gave the company a credible platform to use its voice — and be heard — when police violence against Black Americans spilled into the streets, yet again. 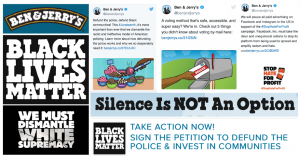 As Adam Fetcher in Fast Company points out; “If the last month has shown us anything, it’s that there are a lot of organizations that desire to emulate Ben & Jerry’s but lack a serious history of working on behalf of causes larger than their own success. There’s no manual, and there are no shortcuts to credibility. It requires a willingness to build a foundation that’s not driven by PR. If you can focus on impact over attention, the press will cover your efforts with the depth it merits — at a time when you actually deserve it.”

Mark Ritson states it more ‘directly.’ “ We make change by enacting it within our organizations and therefore becoming the exemplars for others. If you care about black lives, you don’t get inspired by an Instagram post. You get inspired by black faces in the boardroom. Companies need to become the change they are tweeting about. Walk the walk before you tweet the tweet. (Though that second step really isn’t necessary.)” 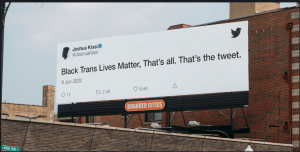 How Does Individual and Brand Activism Connect?

Talk is cheap, silence can be deafening but hypocrisy is intolerable. So where to start? Simply put — stand for something before taking a stand and prepare to be held to account if you don’t. 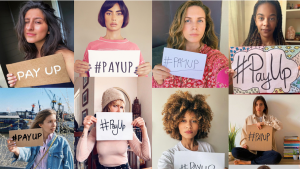 “By choosing brands that align with their values, shoppers are voting with their wallets for the kinds of businesses they want in the world — and paving the way toward a more sustainable and just economy. We’re in an unfortunate time where Governments and Institutions provide less and less moral leadership and we now expect to see it from the brands we buy,” says Bthechange,

As a B-corp that helps brands, retailers and non-profits activate purpose at retail, we would wholeheartedly agree. There is no rule book. There is no relief from responsibility and things aren’t always going to go to plan…and do you know what? That’s OK

How to Unlock Your Own Brand Activism Potential

Understand your own potential for brand activism by starting with a simple Venn diagram (spot the strategist). Find the intersection between what your brand uniquely offers, what the world needs and what the shopper wants–that’s your purpose. From there, find a foundation, non-profit or a social enterprise that can help you realize it. Listen, learn and understand what it really takes to translate that purpose into a mission. Last (but by no means least) find a retailer who can help you activate it  – which will mean that the  ‘why’ of your purpose will necessarily connect to the ‘way’ of profit (that’s where shopper needs, category drivers and barriers to purchase will all play their part). 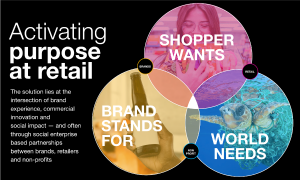 If the engine of commerce, fueled by social innovation and kept in check by an ever more conscious consumer can create sustainable, scalable solutions for what the world needs and what people want, then brands can (and ostensibly should) become the most powerful instruments for change the world has ever seen through.

Now that’s activism in our book.

“Those who stand for nothing, fall for everything”