How Video Games Can Solve the Climate Crisis 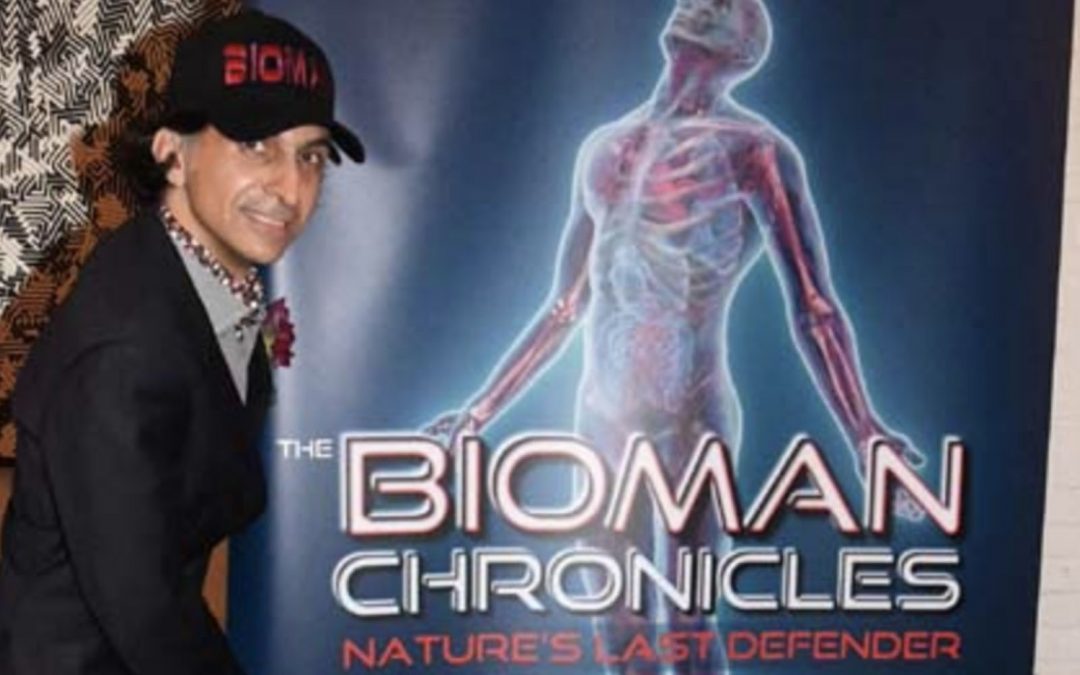 Right on the tail of his plans for a blockbuster movie franchise called “Bioman – Nature’s Last Defender”, creative mastermind and environmentalist Alfie Rustom’s latest innovation is a mobile gardening simulation game that captures air pollution, turning cities into gardens — in both augmented and actual reality.

‍According to WHO, each year, air pollution causes 7 million premature deaths of which 600,000 are children. According to the World Bank, air pollution costs the global economy an estimated US$5.11 trillion in welfare losses and in the 15 countries with the highest greenhouse gas emissions, the health impact of air pollution is estimated to cost more than 4 percent of GDP.‍

“Whether we realize it or not (says Alfie), we’re in the grip of an air pollution crisis. Nine out of ten people globally breath polluted air and the level of carbon in the atmosphere is higher now than it has ever been over the past 3 million years.”

In response, the UN’s Climate and Clean Air Coalition announced the “Clean Air Initiative” earlier this year, calling on governments at all levels to join the initiative; and with gaming being the fastest growing media platform in the world, Alfie has turned his imagination to harnessing the collective power of the world’s 2.3 billion gamers.

“As I see it the current planetary crisis is one of culture, and culture is made up of stories.  A purpose-driven superhero with global reach (i.e. Bioman) could have an enormous impact on the stories we live by. What if a superhero could give us the courage to reconnect with our miraculous biological selves, for example? And then take on the challenge of solving our most urgent environmental issues?“

In his novel, the BIOMAN chronicles, an evil A.I. (SINE) has made the human workforce obsolete and operates an ‘Anomaly Detection System’ – a terrifying propaganda machine which ensures that everyone behaves within prescribed norms. The book was released last year on Earth Day and listed by the publishing industry’s gold standard for book reviews, Kirkus Reviews, as one the best books of 2018.  Right now, Alfie is finalizing a game design and expects to release a first version on Earth Day’s 50th anniversary in April 2020.

“The world doesn’t need just another superhero, it needs superheroes authentically aligned with a purpose beyond the box office” he says.“We saw a hint of this potential with Black Panther! Bioman explores our deep connection with nature and our ongoing relationship with technology. In line with what you’d expect from a ‘Marvelesque’ superhero character, a troubled young man (part human, part biotechnology) must make radical leaps in consciousness and courage to re-connect with nature in order to save humanity from a malignant, super intelligent digital mind. The global zeitgeist issues of today are all baked into Bioman. The themes he embodies and the challenges he faces, evolve and expand what it means to be human in the 21st century.”

Bioman’s Carbon Garden is an inspiring AR gardening simulation game based on his critically acclaimed novel. It’s the activation ‘mechanic’ behind the message.

“The game’s mission is to capture pollution and carbon from the atmosphere using plants. The game uses augmented reality to teach players how to plant and nurture digital gardens. The gardens themselves are attached to actual real-world locations – allowing virtual gardeners to collaborate and grow community gardens in the real world. Gardeners get credits for pollution/carbon captured and have the option to exchange these credits for real-world plants. They also get access to Bioman’s biokinetic powers to accelerate and direct the growth of the plants.”

“It really all boils down to this,” says Alfie:‍

“It seems to me that the vast majority of popular stories don’t recognize our interdependence, interconnectedness with nature, and position nature as a brutal force to be constrained and an economic resource to be exploited for profit. In fact, modern industrial society has grown uncontrollably at the expense of our planet’s ecosystem, passing along negative ‘costs’ to nature while masking the ‘true costs’ of growing the economy and making a profit. This is compounded by a biased legal system that denies that nature has any rights. Moreover, it is my thesis that until we make the global cultural shift in consciousness, that reconnects us with nature, we are at tremendous peril. And, it’s not just me! Indigenous people from around the world have recognized this interconnectedness with nature as being sacred for millennia and have lived accordingly. Maybe it’s time that we did too? “‍

‍Alfie Rustom is dedicated to developing conscious and socially impactful media projects. Before completing a PhD in Physics, Alfie spent 15 years traveling the world extensively while building high performing teams and serving some of the world largest financial institutions including World Bank, HSBC, Bank of New York, Industrial Commercial Bank of China. When the global financial meltdown happened, Alfie was based in Hong Kong running operations for a major software company. It was then he realized he had been unwittingly deploying weapons of mass financial destruction and put in a plan to redeem himself. The plan came to fruition in 2013 when he left financial services to launch ALife Media and dedicated himself to developing conscious and socially impactful media projects. A movie adaptation of Bioman is in final stages of development and slated for release on Earth Day 2021.‍

Read the Kirkus Review of Bioman and Get a Copy