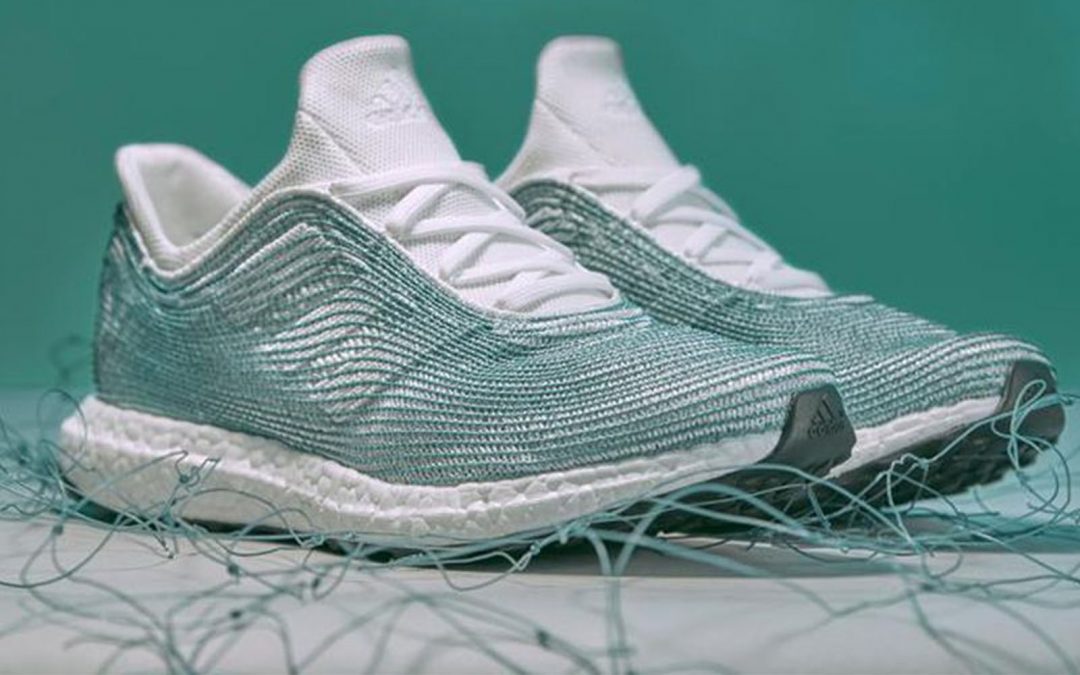 How Adidas Will Make $1 Billion Helping Solve The Problem Of Ocean Plastic.

The story begins with a limited edition sneaker drop of 7,000 pairs of shoes – each containing the equivalent of 11 plastic bottles worth of waste. Selling out instantly, the shoes represented a technological and design mike drop heard by sneaker heads and design fans around the world. The shoe upper was made from Parley Ocean Plastic, which is collected in coastal areas in the Maldives, as well as illegal deep-sea gill nets retrieved by Parley for the Oceans’ partner organization Sea Shepherd.

Adidas supported the launch with the Run for the Oceans project which challenged people around the world to raise money for the project by committing a dollar for every kilometer. Adidas and Parley hosted a series of physical runs in several key cities worldwide including LA, New York, Paris, Berlin, London, Barcelona, Milan, and Shanghai, raising a million dollars for Parley education initiatives.‍

Here’s the best bit: this year Adidas has announced it intends to sell five million pairs of ocean plastic shoes – at an average retail price of around $220. This means the brand is set to make more than a billion dollars in revenue by trying to solve one of the world’s biggest environmental problems. And not content with taking the Parley technology into an expansion into clothing, Adidas has announced that it intends to use 100% recycled polyester in all of its products (where solutions exist) by 2024 (Adidas makes 403 million pairs of shoes annually).‍

I caught up with Executive Board Member, Global Brands Adidas Group, Eric Liedtke who has been a passionate leader of the initiative from the beginning:-

Afdhel Aziz: How did this initiative first start and why did Adidas decide to go down this path?

Eric Liedtke: Adidas teamed up with Parley to help spread awareness and transform ocean plastic pollution into high-performance sportswear, spinning the problem into a solution. The threat, into a thread. We have already taken the first steps to reduce and ultimately eliminate virgin and single-use plastic from our products. In doing so, we have shown that it is possible and that people care – but now we must accelerate and scale. As a creator brand, we believe that necessity drives innovation and that solving the toughest problems only makes us and our products better – all while doing less harm to the world.

Aziz: How do you see this initiative expanding and evolving?

Liedtke: Our efforts won’t stop with product – we want to create a global movement to help save the oceans from the threat of plastic waste. At the heart of our brand is the belief that through sport, we have the power to change lives. With the Run for the Oceans, we’re using this power of sport to inspire action. It is about community and participation in sport – but moreover, we have created a platform that gives athletes all over the world the opportunity to get involved with the cause, helping us to fulfill our promise. Adidas has long been a leader in sustainability, but this partnership allows us to tap into new areas and create innovative materials and products for our athletes. We invite everyone to join us on this journey to clean up the oceans.‍

Aziz: Why is this initiative so close to your own passions?‍

Liedtke: The conservation of the oceans is a cause that is close to my heart and those of many employees at Adidas. By partnering with Parley for the Oceans we are contributing to a great environmental cause.We co-create fabrics made from Parley Ocean Plastic waste which we will integrate into our product. It takes open eyes to see what we can change for the better and curiosity to dig deep for a solution. As someone who grew up in the water, scuba diving and now surfing, I became aware of the marine plastic problem and the terrible state our oceans are in. I am so proud that we at Adidas are actually trying to do something about it – to make a difference – and not just to do less harm, but to work to make things better. I’m convinced that most impactful change happens from within. I’m lucky to be a part of that change within Adidas, and happy to use my voice and position in the company to inspire our people, the industry and beyond to protect our oceans and the world around us. We started our partnership with Parley for the Oceans with one shoe made from marine plastic in 2014 and immediately knew if we can make one shoe we can make 1 million. This year we’re going to make 5 million pairs with Parley Ocean Plastic. But that’s not enough. There’s always the next step.‍

Peter Diamandis, founder of the X-Prize and Singularity University sums it up in this quote: “The world’s biggest problems are the world’s biggest business opportunities.” Adidas has pioneered not just new technology, but a new approach to solving environmental problems where the engine of capitalism can help create scalable, sustainable change – and in a way that not just the chief sustainability officer, but also the chief financial officers of the business world can embrace and understand.

Afdhel Aziz is an inspirational keynote speaker on business and purpose, the founder of social impact consultancy Conspiracy of Love, and the co-author of ‘Good is the New Cool’.